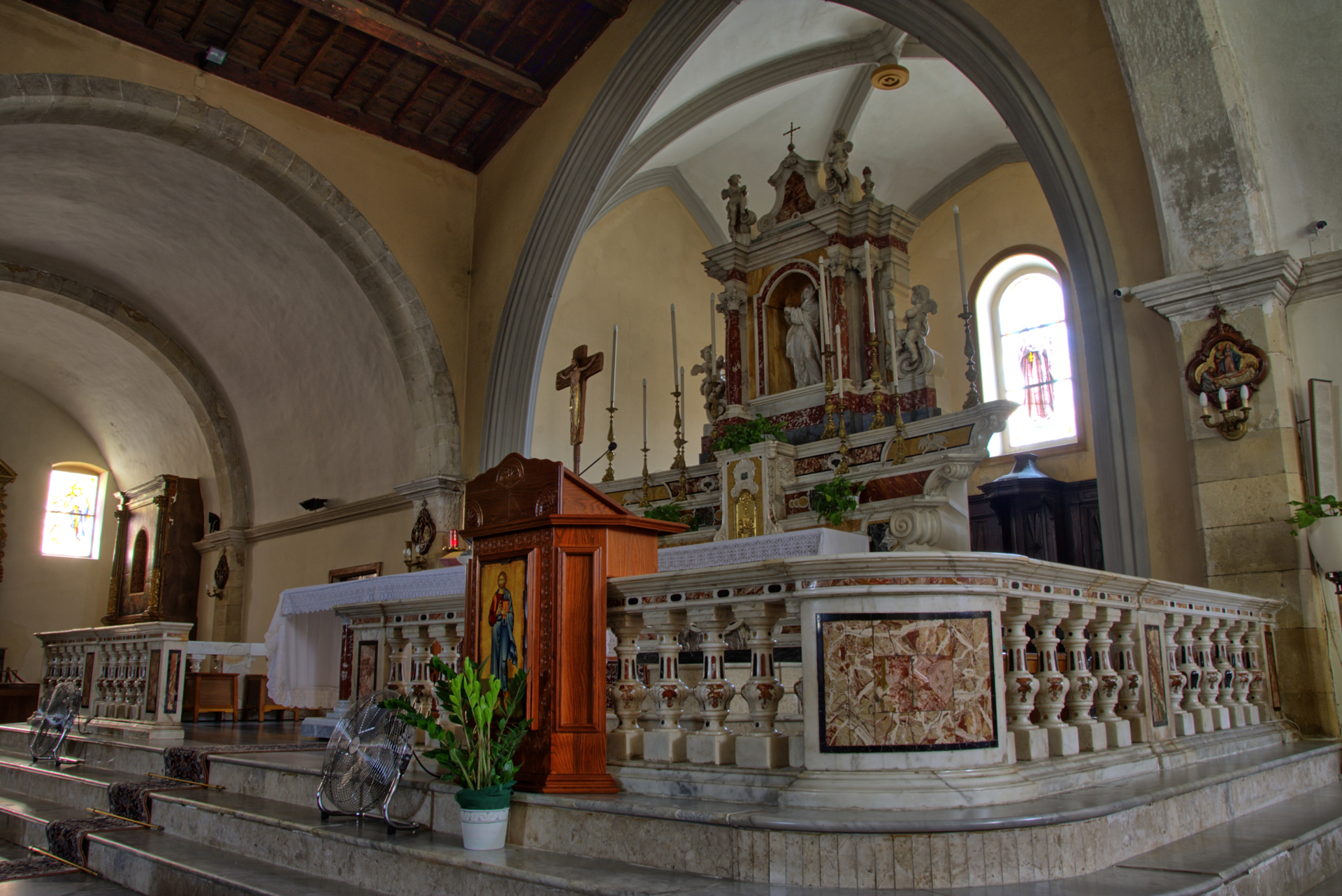 The church of Santa Chiara Vergine was built around the 15th century, during the period in which the centre of San Gavino Monreale – near the Church of San Gavino Martire – was moving towards West, in a central position, where the village could be protected more effectively. In this area, which some scholars call Sa Ia de is Turris Mannas (literally translated as “the Street of the Big Tower”), there was a small church dedicated to Santa Chiara Vergine dell’Ordine Serafico, which in the second half of the 16th century was chosen as parish church by father Lorenzo of Villa Vincenzio Spagnolo, at that time bishop of the Diocese of Ales.

Over the centuries, the building has been subject to profound changes. The plan in the shape of a Latin cross complies with the traditions of the important Catalan buildings of the island. It was originally built with one central nave with a wood cover supported by 4 ogival arches but after a few decades, due to the demographic increase, six chapels were added. In this way, the noble Catalans had the exclusive right to be buried there, while the rest of the population had to be buried in the cemetery near the Church of San Gavino Martire.

The church is composed by a presbytery, with the high altar dedicated to Santa Chiara, created at the end of the 18th century by Michelino Spazzi. Furthermore, there are two chapels respectively dedicated to the Madonna delle Meraviglie and Santa Maria Addolorata, and other six side chapels both in Gothic and Renaissance style dedicated to: San Michele, San Gioacchino, Sant’Isidoro, Sette Dolori, Madonna Immacolata e Rosario.

During other renovation works, three pieces of an altarpiece step were accidentally found. These three tables, which date back to the 16th century, hidden under some layers of painting, represent eight Apostles.

On the external part, on the left, there is the bell tower built in 1950 instead of the old one which was on the right part and dated back to 1811. It was demolished in 1938 due to its unstable conditions and the ruins are visible still today. 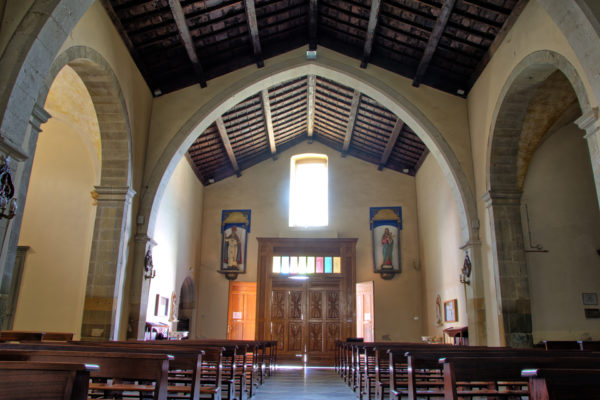 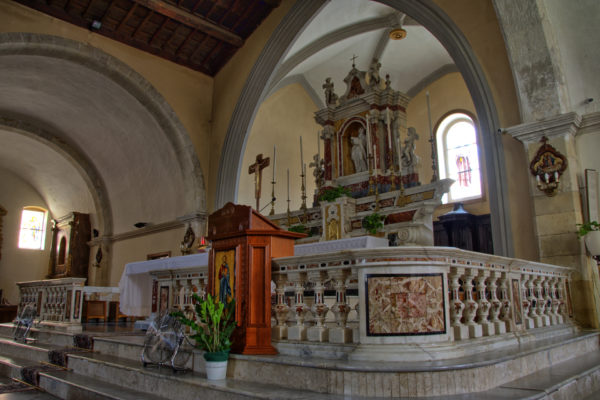 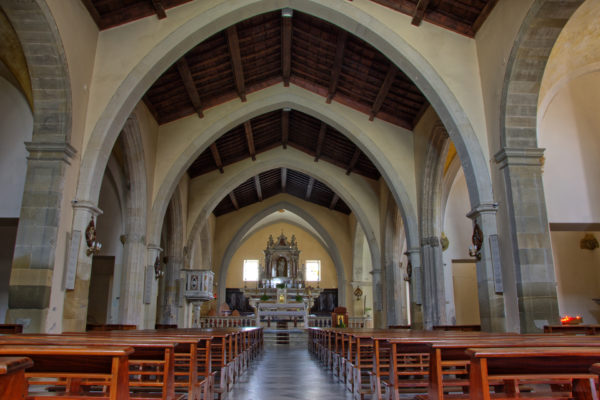 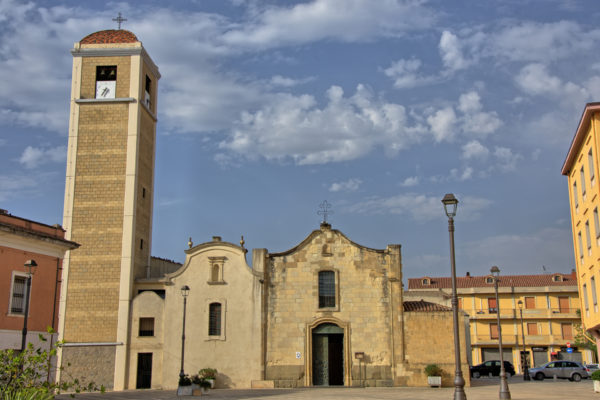 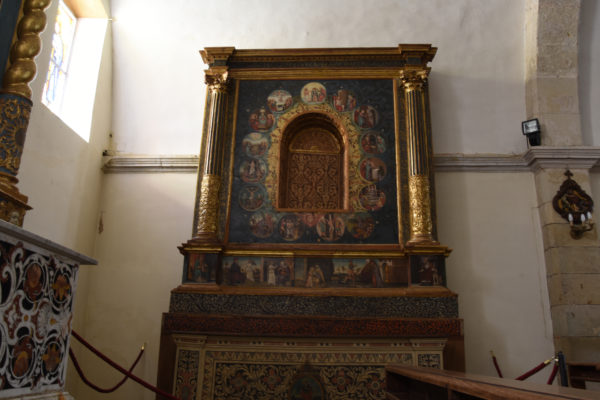